Welcome to the website of the Muséum national d'Histoire naturelle Science Press, where you can discover the series and journals published by the MNHN. This platform enables readers to consult and download individual scientific articles for free. Printed books and certain journal issues can be ordered via our online shop (see relevant product pages), or bought directly from the Science Press bookshop.

Museum manifesto.
On the Origins of Gender 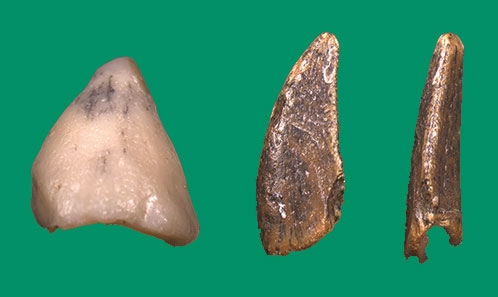 In the palaeogeographical context of the opening of the South Atlantic Ocean at the end of the Early Cretaceous, we document here the first microvertebrate fauna recorded from the Aptian deposits of Gadoufaoua, Niger. ﻿A systematic study of the fauna has resulted in a significant expansion of the existing faunal list and increase our knowledge of the palaeobiodiversity of the Gadoufaoua fossil site. Some taxa were previously recorded (lungfishes, crocodilians, chelonians, etc.), but several new taxa are described here for the first time, including the first occurrence of a stem-boreosphenidan mammal in Africa for this time-interval. In addition, chondrichthyans, pterosaurs and lissamphibians are documented. 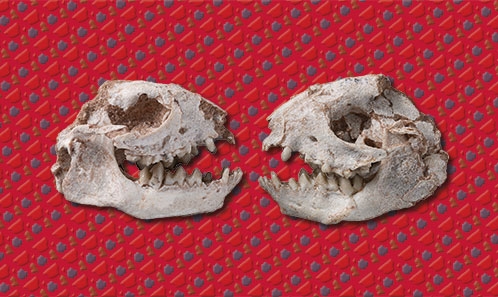 Within the abundant mammal fauna of Tiupampa (Early Paleocene, Bolivia), the pantodont Alcidedorbignya inopinata Muizon & Marshall, 1987 is the eutherian represented by the largest number of specimens. The sample recovered in this locality includes numerous isolated teeth and jaws as well as six skulls, most of them being associated with complete or partial skeletons. It is composed of a similar number (excluding isolated teeth) of adults (71) and juveniles (75), which likely belong to the same population. The present study focusses on the dental eruption sequence of juveniles, which spans ontogenetically from perinatal individuals to sub-adults. 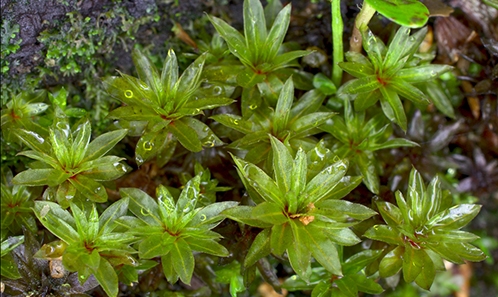 Studies in Austral Bryaceae (Bryopsida). IV. New records from the Falkland Islands (Islas Malvinas), with a phytogeographic analysis of the family 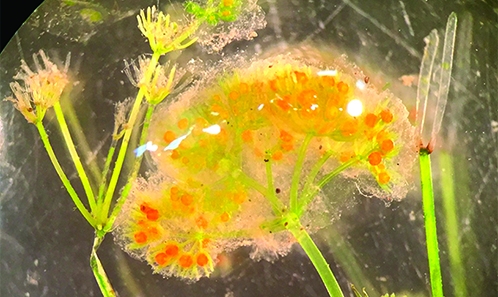 Nitella sonderi A.Braun is newly reported from the Patagonian Plateau, Argentina. This species was only reliably known from Australia until now. The morphological and genetic studies carried out here found no difference between Argentinian and Australian specimens. The species is dioecious, mucous-bearing on fertile whorls, with two to three-forked homeoclemous, macrodactylous branchlets with a long primary ray, an evident central secondary ray, bicellulate dactyls with a shortly narrowing tip of the penultimate cell, which is confluent with a small discoloured conical cell and large antheridia. 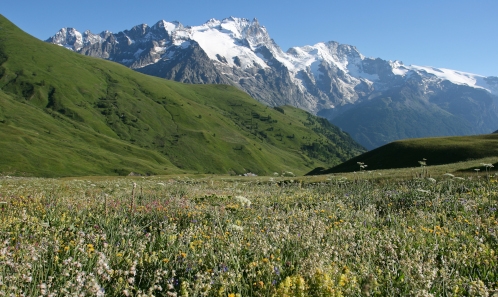 Identifying suitable species for revegetation is a challenge for practitioners and scientists, especially in mountainous regions where restoration projects are numerous and often yield mixed results. Until now, only species of exogenous origin, known as “commercial” species, have been used to revegetate ski resorts and other developed sites. In this study, we sought to develop a method that identifies wild species of local origin suitable for revegetation projects, taking into account ecological, technical and economic factors and provide lists of species serving as a basis for the collection and production of seeds in order to develop a local wild herbaceous plant industry in the French Alps. 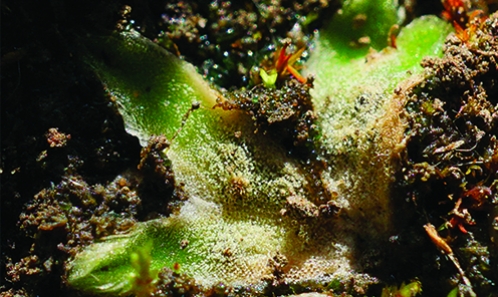 Riccia L. is the largest genus of complex thalloid liverworts with over 250 species currently accepted. Riccia boumanii Dirkse, Losada & M.Stech (Ricciaceae) has been considered to be endemic to the Canary Islands, Spain. Morphological evidence and molecular-phylogenetic analyses based on sequences of nuclear ribosomal ITS2, plastid rbcL, and plastid trnL-F confirm that this species occurs in Gansu and Sichuan, China. Riccia boumanii represents the first species of section Pilifer Volk of the genus in Asia. The low values of p-distances (0% for trnL-F-region, and 1.6% for ITS2-region) reveal that R. boumanii bears a low level of divergence. 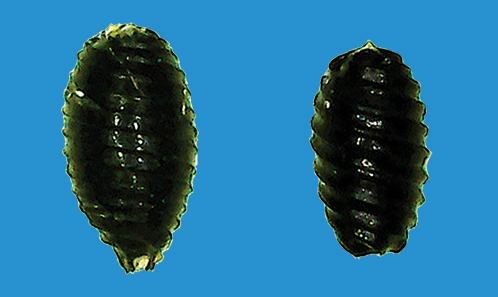 The precise determination of charophytes to the species level is important for many reasons, but the common morphological taxonomic characteristics, particularly between morphologically similar taxa can be insufficient or misleading. The aim of our study was to create a comparative analysis of the oospore’s morphometric parameters in morphologically similar taxa such as Chara globularis Thuil., C. “connivens” P.Salzmann ex A.Braun, C. braunii C.C.Gmel. and C. baueri A.Braun (from Serbia). The potential for applying oospore features in species delineation was assessed, along with the interpopulation variability of oospore parameters in geographically remote populations of C. globularis and C. braunii. 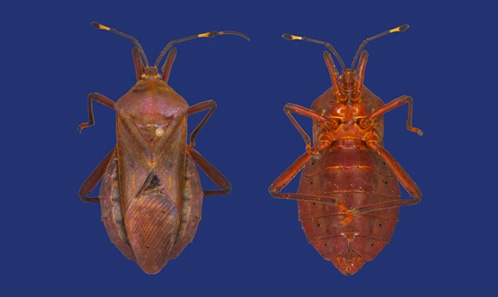 Pachylis Lepeletier & Serville, 1825 is one out of 22 genera of Nematopodini Amyot & Serville, 1843, which contains some of the largest species of Coreidae Leach, 1815. With eight species, the genus is characterized by the presence of expansion on antennomeres III and ventrally on metatibiae. Pachylis is sometimes confused with Thasus Stål, 1865, but the metatibial expansions are dorsal and ventral in the latter. Pachylis and Thasus have already been treated as closely related from a taxonomic perspective, although this relationship has never been tested in previous phylogenetic analyses. 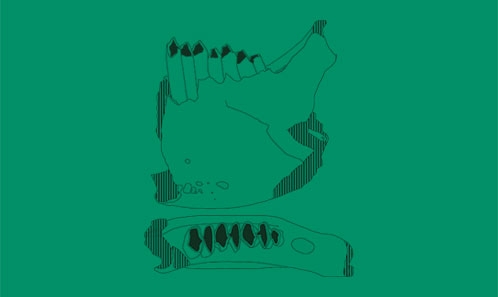 The occurrence of the genus Prolagus Pomel, 1853, in North Africa provides some of the strongest evidence for the existence of faunal exchanges between Europe and Africa. The oldest African Prolagus remains have been reported from the Messinian locality of Afoud in the Aït Kandoula Basin (6.2 Ma), identified during previous studies as the species Prolagus michauxi López-Martínez, 1975. Dental material already analyzed from the AF12-1 and AF12-2 levels and new material collected subsequently from the same levels form the basis of the current systematic study. This abundant material allows us to confirm the presence of a single Prolagus species in the Afoud locality, P. michauxi. However, this species’ attribution to P. 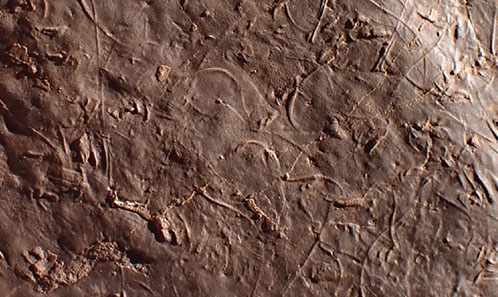 New data on the Permian ecosystem of the Rodez Basin: ichnofauna (traces of protostomians, tetrapods and fishes), jellyfishes and plants from Banassac-Canilhac (Lozère, southern France) 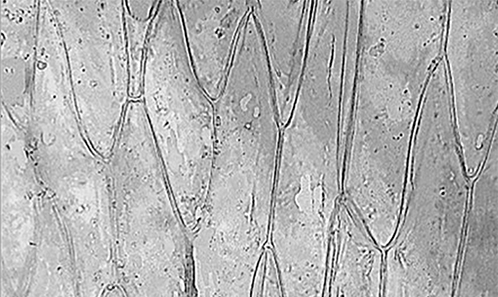 Observations on the taxonomy and distribution of Epipterygium atlanticum Hanusch and E. tozeri (Grev.) Lindb. (Mniaceae Schwägr.) in mainland Portugal

Epipterygium atlanticum Hanusch is a recently described species based on plants occurring mainly in Macaronesia, with one collection from Scotland. Against this background, we studied 144 specimens of E. tozeri s.l. in LISU herbarium from mainland Portugal, including recent field collections, and 70 were referable to E. atlanticum. The length and width of mid-leaf laminal cells of lateral leaves were the most important morphological characters for the delimitation of the two European species. Epipterygium atlanticum is a widely distributed taxon throughout the Portuguese territory, becoming more frequent in Atlantic zones and in the Algarve. 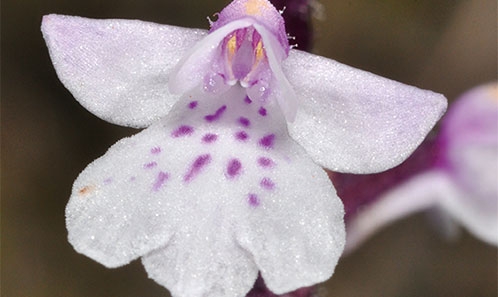 Many species, described by Frappier in the genus Hemiperis, now a synonym of Cynorkis, pose a taxonomic problem because the type specimens are considered lost or they were described from living material only. Based on a population-level ecological study, we here conclude that 12 out of the 21 Hemiperis taxa proposed by Frappier should be reduced to two.

Boraginales, Olacaceae and allies, Apiaceae
Flora of Madagascar and the Comoro Islands

Nature in Common
Beyond the Nagoya Protocol