This volume is the first global review of the fossil and extant glypheoid lobsters (Eucrustacea, Decapoda, Glypheoidea) included in the families Glypheidae and Litogastridae. Glypheoid lobsters form a particularly specialised group of decapod crustaceans which are highly diversified in the fossil record. They appeared in the Triassic, prospered in the Jurassic, and subsequently declined between the Cretaceous and the Eocene. This group was thought to have become extinct in the Eocene until the discovery and description of two extant species from the Pacific. Since 1822, more than 120 species of glypheoid lobsters have been described, and numerous problems in their interpretation, and classification have accumulated in the literature. Consequently, a thorough review with a synoptic approach is presented here. The main purpose is to update the old literature and to revise all the glypheoid genera and species based exclusively upon the type specimens. All the proposed diagnoses and descriptions are presented using standard criteria and well established descriptive terminology. Literal translations of the old diagnoses are now available in English for the first time, which will help to demonstrate how the historical concepts of glypheoids have evolved over time. Most of the taxa discussed are thoroughly documented and illustrated to allow comparisons between the original figures and the updated versions. Thus about 990 specimens have been studied and are illustrated in 583 figures. The ultimate aim of this volume is to bring together all the data of the fossil and extant glypheoid lobsters, and to set a new definitive framework which might become a standard method for all decapod researchers.

Sylvain Charbonnier, Maître de Conférences and curator of fossil invertebrates at the Muséum national d’Histoire naturelle, Paris, studies exceptionally preserved fossils from Konservat-Lagerstätten (La Voulte, Canjuers, Cerin). His palaeontological work focuses in particular on Mesozoic marine arthropods and the reconstruction of their palaeoecosystems. Alessandro Garassino, curator of the Department of Invertebrate Palaeontology of the Natural History Museum, Milan, is specialized on Mesozoic and Cenozoic sites with exceptional preservation (Osteno, Lebanon, Las Hoyas). His activity is essentially based on taxonomic study of fossil decapod crustaceans, at the same time trying to establish possible phylogenetic relationships between fossil and recent taxa. Günter Schweigert, curator of fossil invertebrates from the Mesozoic at the Natural History Museum in Stuttgart, Germany, is a specialist of decapod crustaceans, ammonites and ammonite biostratigraphy of the Jurassic. His main scientific interests focus on the famous Jurassic Fossillagerstätten of Southern Germany, such as Holzmaden, Nusplingen and Solnhofen. Martin Simpson is a research associate at the University of Southampton, UK, and is involved in an ongoing study of British Mesozoic macruran decapods. He specialises in mecochirids and the fossil rich locality of Atherfield, Isle of Wight. He has made significant collections personally from the Cretaceous exposures of the Isle of Wight, Dorset and Yorkshire. 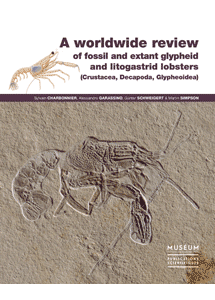 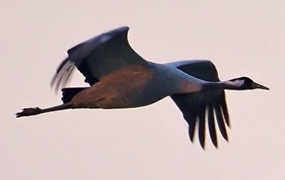