This book describes every orchid species from Guadeloupe as recorded in the wild during the twentieth century. It is intended for naturalists, researchers, teachers, and orchid « lovers », but also for people in charge of managing the environment. The wild environment is briefly described. The current state of knowledge on orchids is reviewed, together with a discussion on the place of the orchid family in the Caribbean islands context. One hundred and two species have been reported from Guadeloupe. Five of them are strictly endemic. For each species, a data sheet includes a description followed by information on ecology, threats and protection status. The species’ distribution is shown on an ecological map. Most species are illustrated by an original photograph taken in the wild. 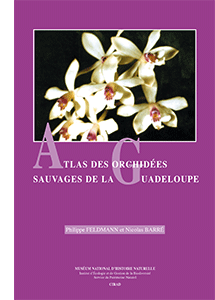