Stampian rocks - their thick white sand, the Fontainebleau sandstone that cobbled Parisian streets, and the rust-coloured millstone that was one of the most common construction materials during the 19th and 20th centuries in Ile-de-France – durably marked the landscapes and the urban life of the Paris Basin. Ideally located between the northern and southern domains, encasing a rich variety of perfectly preserved fossils, the Stampian stage has been the object of a number of scientific studies ever since its creation in 1852. It is also acknowledged as national heritage, and its most valuable sites are protected since 1989 within the National Nature Reserve of the geological sites of the Essonne département. This richly illustrated book, which includes a CD-ROM containing many documents made accessible to the public for the first time, summarizes all the current knowledge on the Stampian stage.

Pierre Lozouet is a research engineer at the Paris Muséum National d’Histoire Naturelle, in charge of one of the sections of the Collections Department. He has been participating in marine biodiversity exploration surveys for 25 years and contributes to the enhancement of the resulting exceptional collections. He is a specialist in molluscs of the Cenozoic and in particular the Stampian stage, but he works on modern as well as fossil faunas. 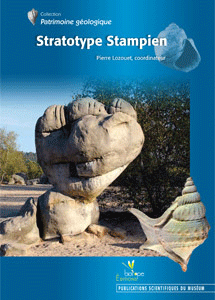