The Mémoires du Muséum publish the sixth volume of the series Zoologia Neocaledonica, dealing with the study of the fauna of New Caledonia, one of the « hot spots »of biodiversity in the Southern hemisphere. More than ever, the study of biodiversity in this megadiverse island is a current question. On the one hand, a growing number of molecular phylogenies bring crucial information about the origin and the evolution of local biodiversity. On the other hand, this biodiversity is more and more threatened by multiple landscape use and its deleterious consequences. In this context, systematic studies such as those from Zoologia Neocaledonica are strongly needed as both a background and a primary source of knowledge, invaluable for evolutionary studies and land management policies. This volume comprises 11 contributions bearing on Insects, with the description of more than 80 species and 10 genera as new for Science from New Caledonia. A forthcoming volume will include the studies carried out on Arthropods other than Insects, Mollusks, and Vertebrates. 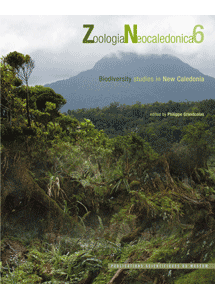 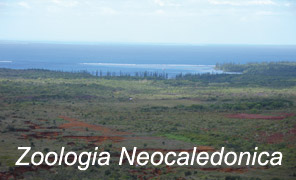