The Peri-Tethys Programme, started in 1993, examines the influence of the Tethyan evolution on the bordering cratons since the birth of the Tethys Sea (through the break-up of the Pangea), its life (by the extension and formation of oceanic seaways) and tinally its death (by collision between the main bordering plates which led to inversion within the epicratonic basins). The Peri-Tethys Memoir 4, as the previous one (Peri-Tethys Memoir 3), is subdivided in two parts which correspond to the two great geographic domains involved in the Program: the Northern Platform and the Southern Platform (5 papers on each). It is mainly devoted to the Mesozoic (one paper on the Permian and one on the Cainozoic). In the first part, the first paper concerns the Jurassic ammonites and the organic matter of the Volga Basin, the second and the third papers are devoted to the Mesozoic evolution of, respectively, the Mangyshlak (Western Kazahkstan) and the Holy Cross Mountains (Poland). The fourth presents the main mid-Cretaceous events in Eastern Europe. The last paper alludes to the Cainozoic modelling of the Fore-Caucasus Basin. In the second part, the four first papers develop Jurassic stratigraphic analysis of, successively, Northern Ethiopia, Western Algeria, Levant and Morocco. Finally, the last paper approaches the Permian phyto-biostratigraphy of the Central Morocco. 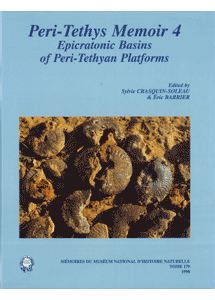 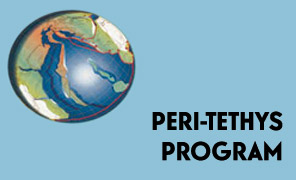