Europe harbours two species of lynx: the Eurasian lynx, which is widespread in Europe and Siberia, and the Iberian lynx, now confined to southern Spain. The respective distributions of these species in western and central Europe have greatly diminished since the Middle Ages, principally due to merciless persecution by man. The Iberian lynx is currently in critical danger of extinction and is the subject of an unprecedented rescue programme, notably through efforts to increase wild populations with individuals bred in captivity. The highly fragmented population of the Iberian lynx now includes barely 300 individuals… The Eurasian lynx, which was once common and widespread, was hunted to the last bastions of its mountain habitats. It was considered practically extinct at the beginning of the 20th century in most of Europe. Since the 1970s, efforts have been made to reintroduce this species to several countries concerned about its preservation. These proceedings, to which the most eminent European specialists have contributed, retrace the origins of the populations of the two species across the ages and through the histories of men, including both those who caused their decline and those who are fighting to preserve them, despite the conflicts of interest with breeding and game hunting… 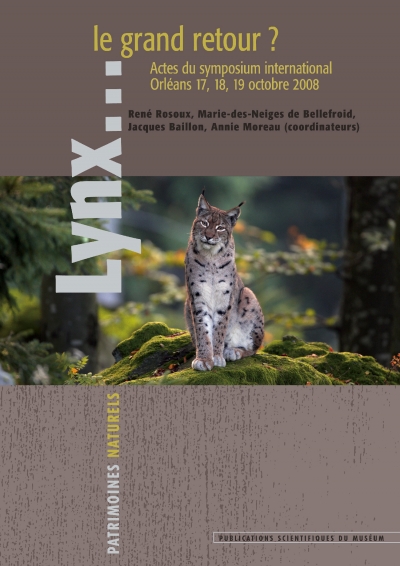 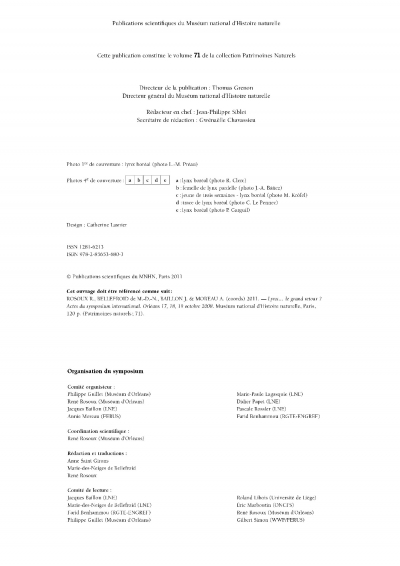 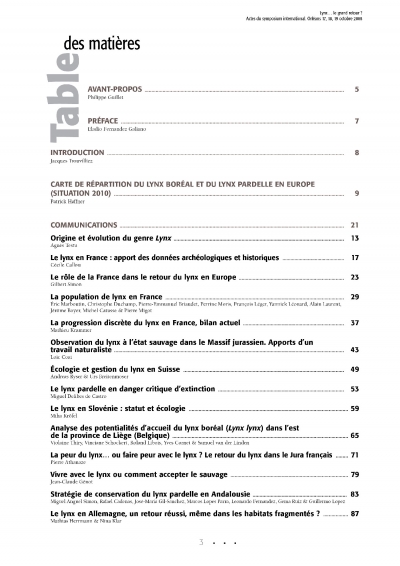 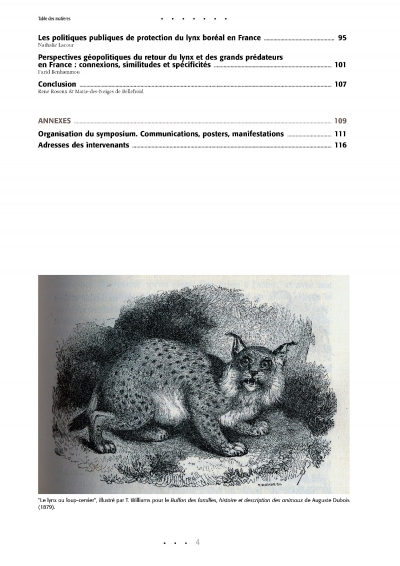 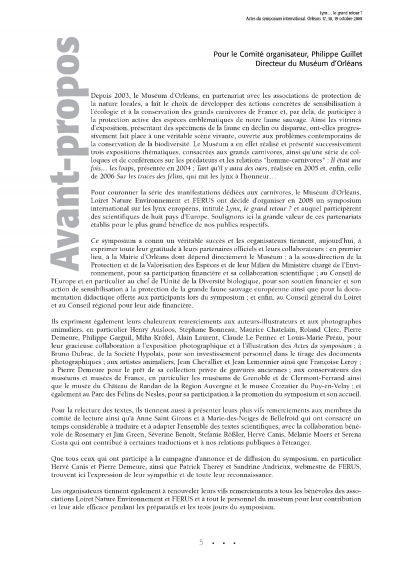 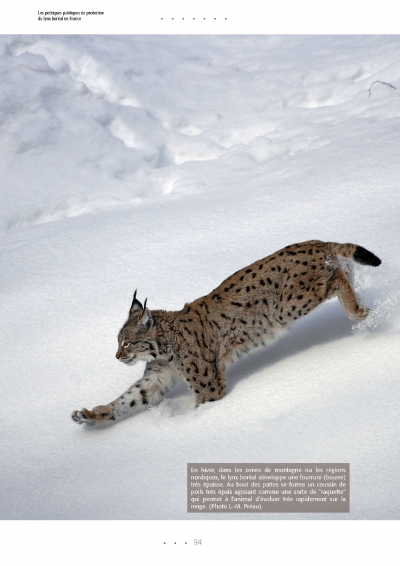 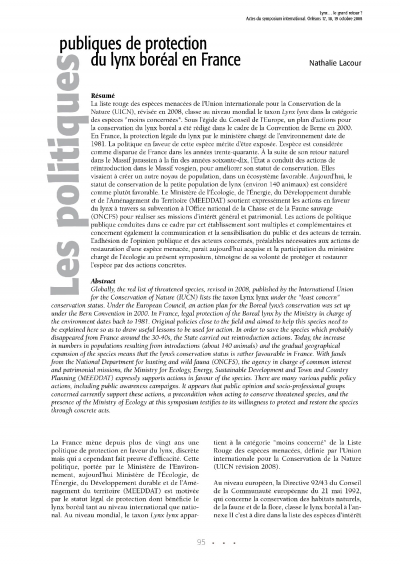 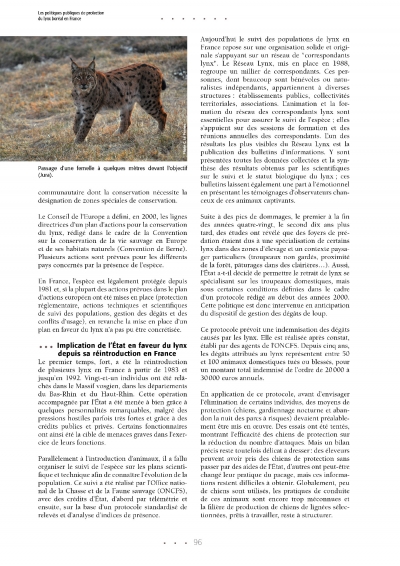 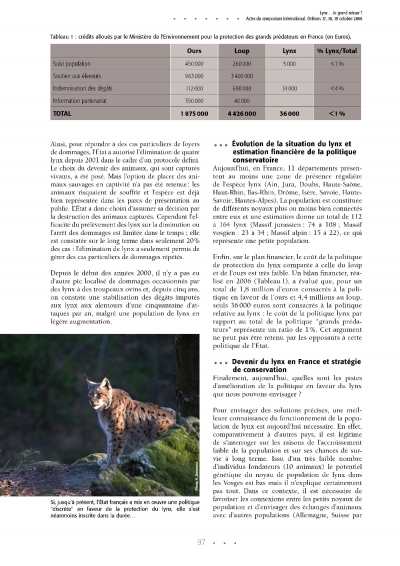 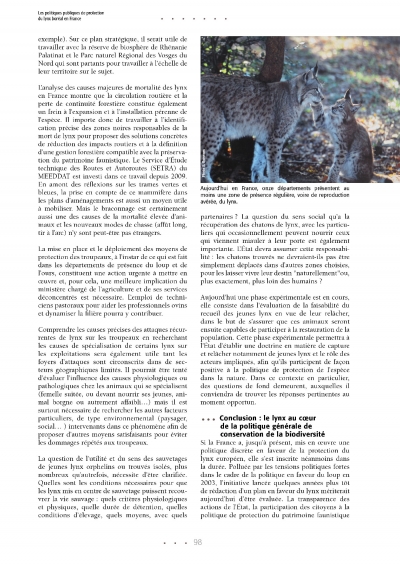 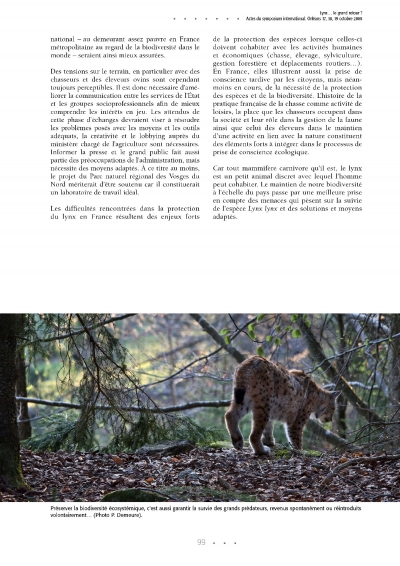 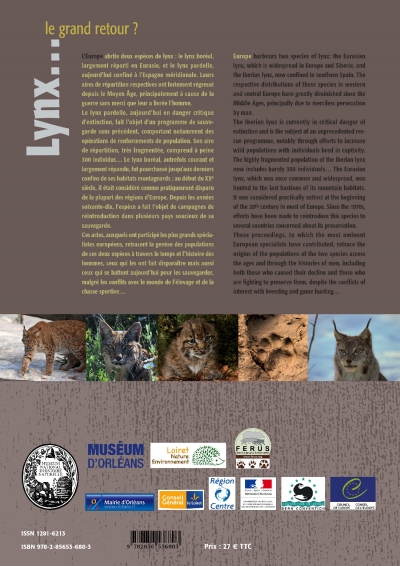