twenty-four lessons from Antiquity to the Renaissance

Here, for the first time in English, is Georges Cuvier’s extraordinary “History of the Natural Sciences from Its Origin to the Present Day.” Based on a series of public lectures presented by Cuvier from 1829 to 1832, this first of a five-volume series, translated from the original French and heavily annotated with commentary, is a detailed chronological survey of the natural sciences spanning more than three millennia. It is truly astonishing in its detail and scope. Cuvier was fluent in many languages, English, German, Spanish, and certainly Latin, in addition to French. He was therefore well prepared to investigate and interpret firsthand the scientific literature of Europe as a whole. The work is an affirmation of Cuvier’s vast encyclopedic knowledge, his complete command of the scientific and historical literature, and his incomparable memory. This history is remarkable also for providing in one place a large set of useful references to a vast ancient literature that is not easily found anywhere else. This huge body of information provides us furthermore with unique insight into Cuvier’s concept of the natural sciences, and to the vast breadth and progress of this human endeavor. With this work, Cuvier fills an important gap in philosophical thought between the time of Carl Linnaeus and Charles Darwin. 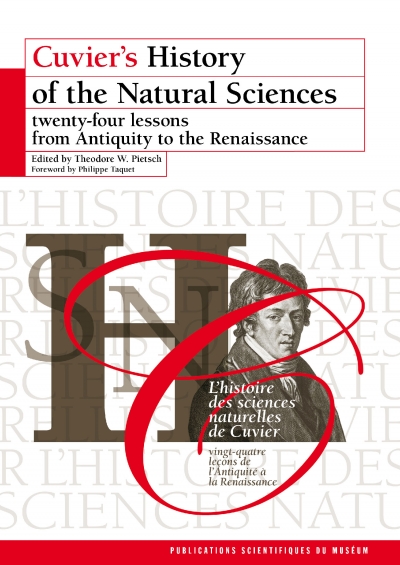 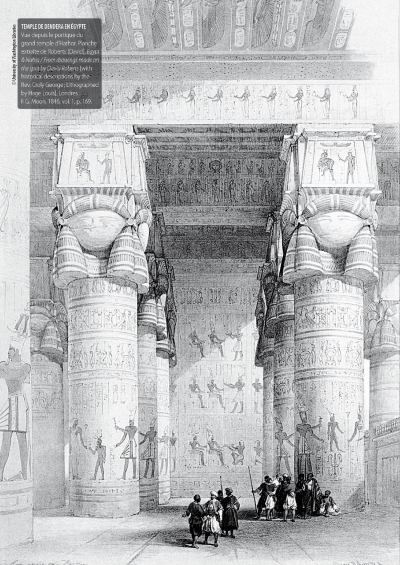 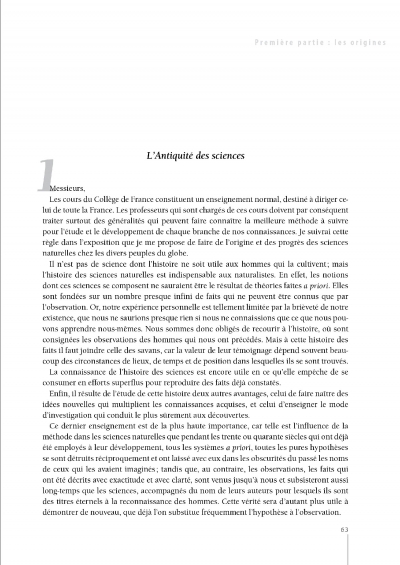 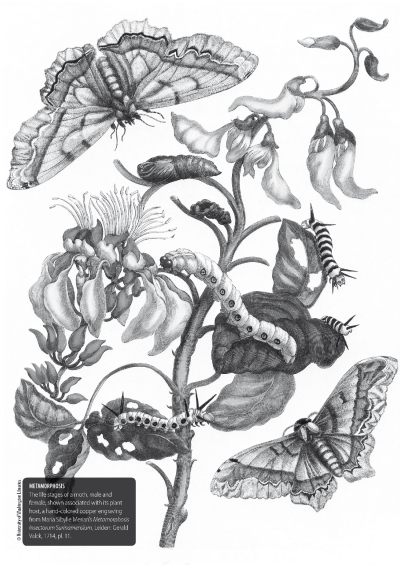 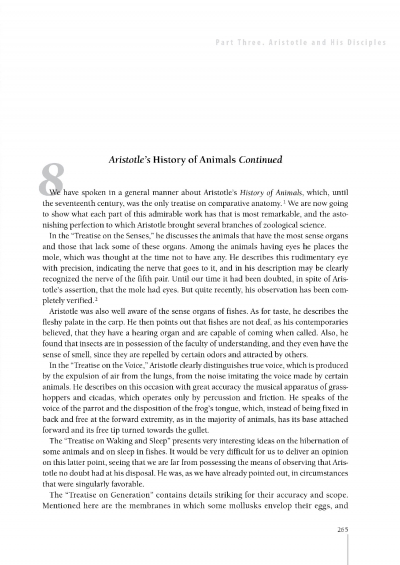 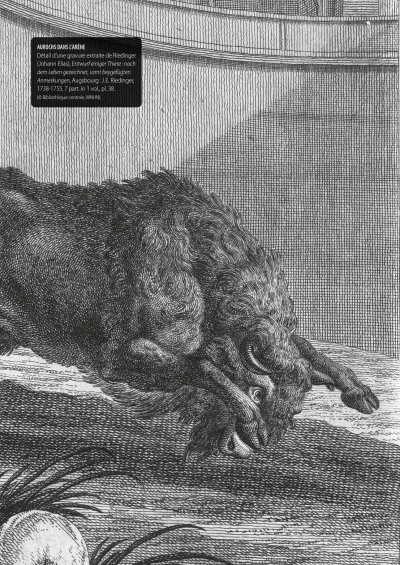 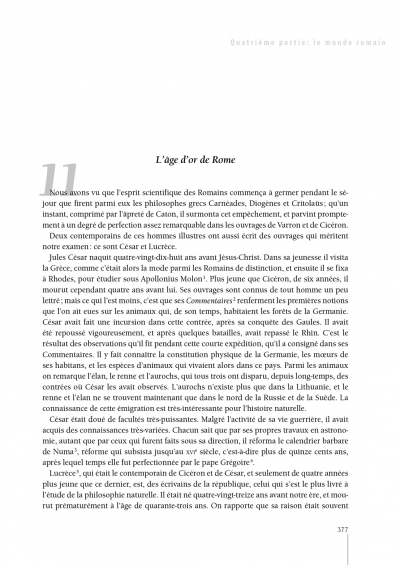 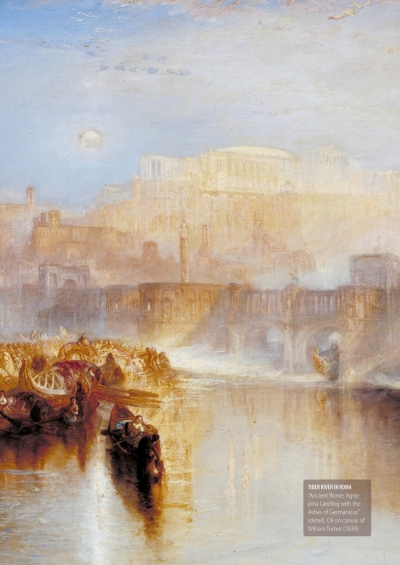 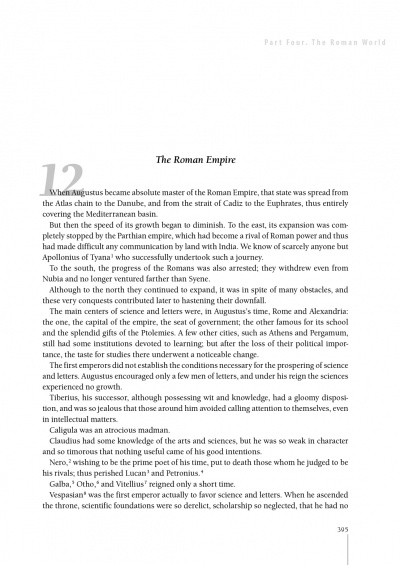 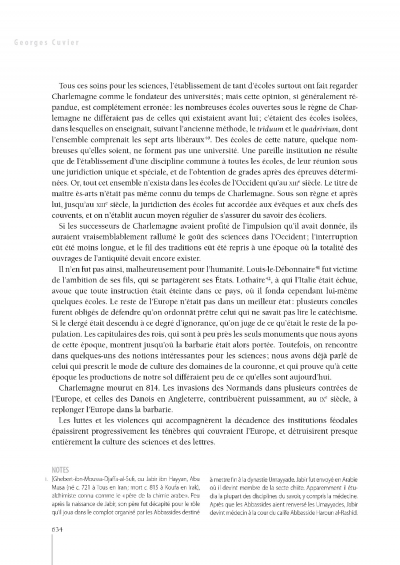 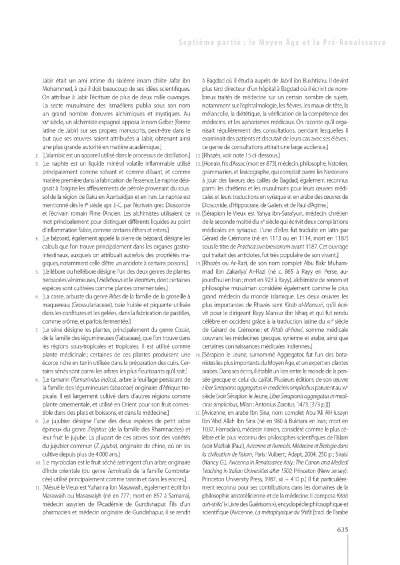 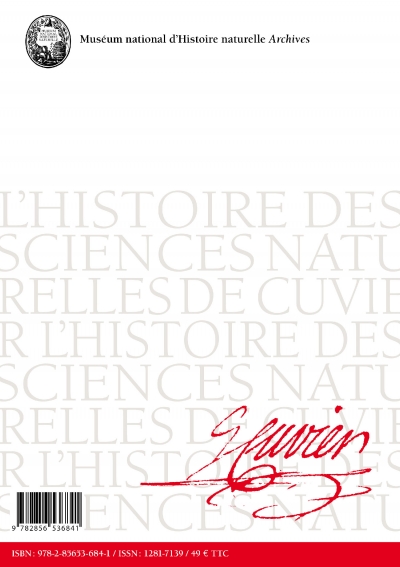